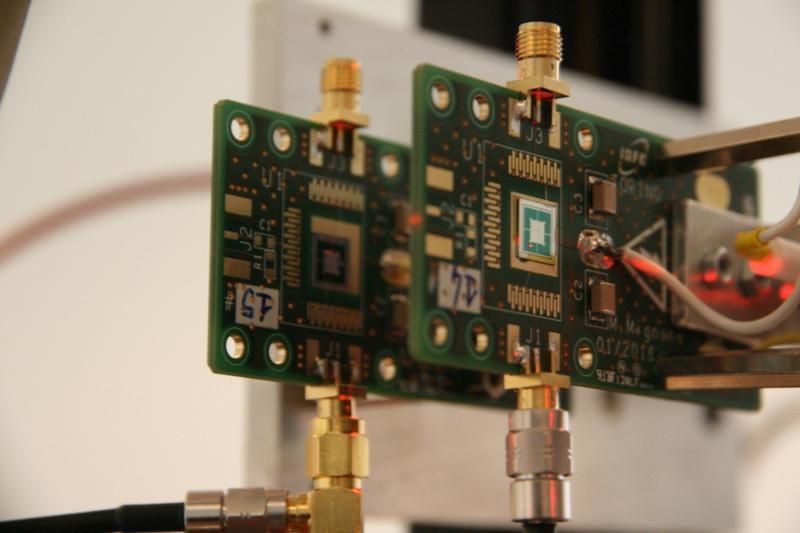 The group is active since 1992 in the development of hardware and software tools for radio- and particle-therapy, with the goal of bringing into clinical environment and transferring to industry the know-how acquired in fundamental physics research. Hardware development began with design and construction of parallel plate ionization chambers segmented in strips and pixels for particle therapy, leading to the construction of the Dose Delivery System (DDS) of the National Centre of Oncological Hadrontherapy (CNAO, Pavia).

Software developments have been always related to modelling of radiation effects on biological tissues and implementation of a new beam model for Treatment Planning System (TPS) for particle therapy.

Two spin-off companies were born from the group (DeTecTor and I-SEE) and collaboration with the industry IBA (Belgium) led to two commercial products, MatriXX and StarTrack.

During a two year project named RIDOS (Real-time Ion DOse planning and delivery System) a new system has been developed, able to interface a GPU-based forward-dose calculation with the CNAO DDS and with a patient-motion tracking system to perform  online dose verification for scanned ion beam therapy.

At present, the group is involved in the MoVeIT INFN project and the research activities are focused on Ultra-Fast Silicon Detectors (UFSD) and VLSI microelectronics to develop two prototypes of new beam monitor for radiobiological applications  at three irradiation facilities in Italy: CATANA (Catania), CNAO and TIFPA (Trento).

The first prototype consists of a 3x3 cm2 detector based on 50 μm thick UFSDs, segmented in strips and designed to count individual protons at current clinical rate, thanks to the development of a dedicated front-end electronics.

UFSDs have been selected because of their large signal-to-noise ratio and fast collection time in small thicknesses (1 ns in 50 µm). Such a device allows  the direct count of number of particles going through the sensitive area, improving the indirect count obtained through measurement of ionization charge, as routinely performed in conventional beam monitors based on parallel plate ionization chambers.  The second prototype is intended to measure the beam energy with time-of-flight techniques, using a telescope of two UFSD sensors segmented in a minimum number of pads. The clinical requirements need to achieve an energy resolution corresponding to a range error less than 1 mm for the wide energy range in use (60-250 MeV proton beam).

Dedicated readout electronics is under test and development for the particle counter. The new VLSI chip, named ABACUS, was designed to be able to read the UFSD signals, which are very short (1-2 ns), and is based on a scheme where the preamplifier is followed by a discriminator with a threshold which could be set. Out of the discriminator, the pulses are sent to an FPGA which implements pulse counting and also pile up corrections algorithms. The requirements are extremely demanding because the front-end input charge is expected to be between 3 fC and 140 fC, the pulses frequency between 2 MHz  and 200 MHz. Two different ASICs have been designed and manufactured: one based on Charge sensistive amplifier the other one on Transimpedence amplifier. ABACUS will be the heart of the TERA10 chip, that will read-out the UFSDs in the final system. 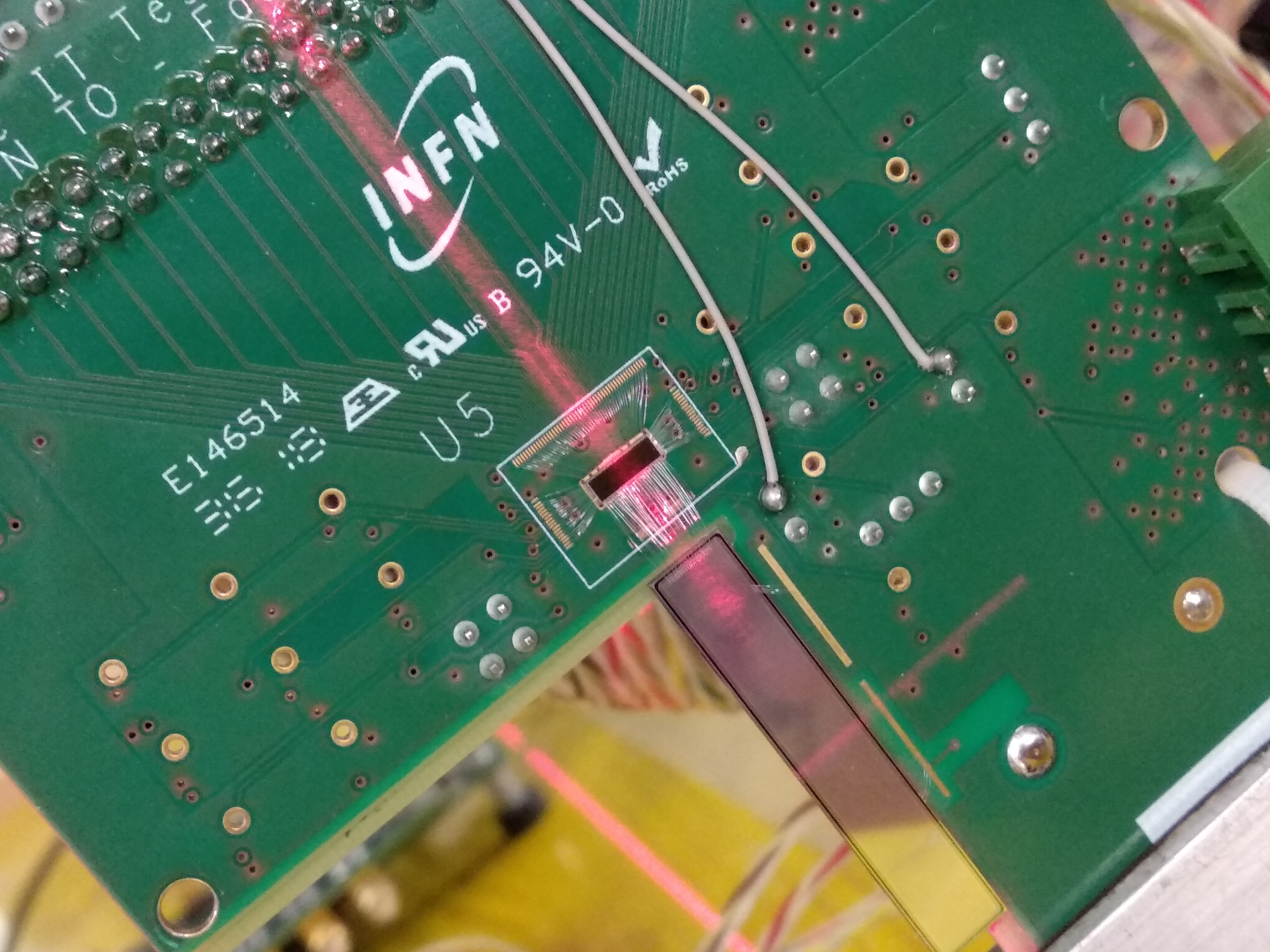 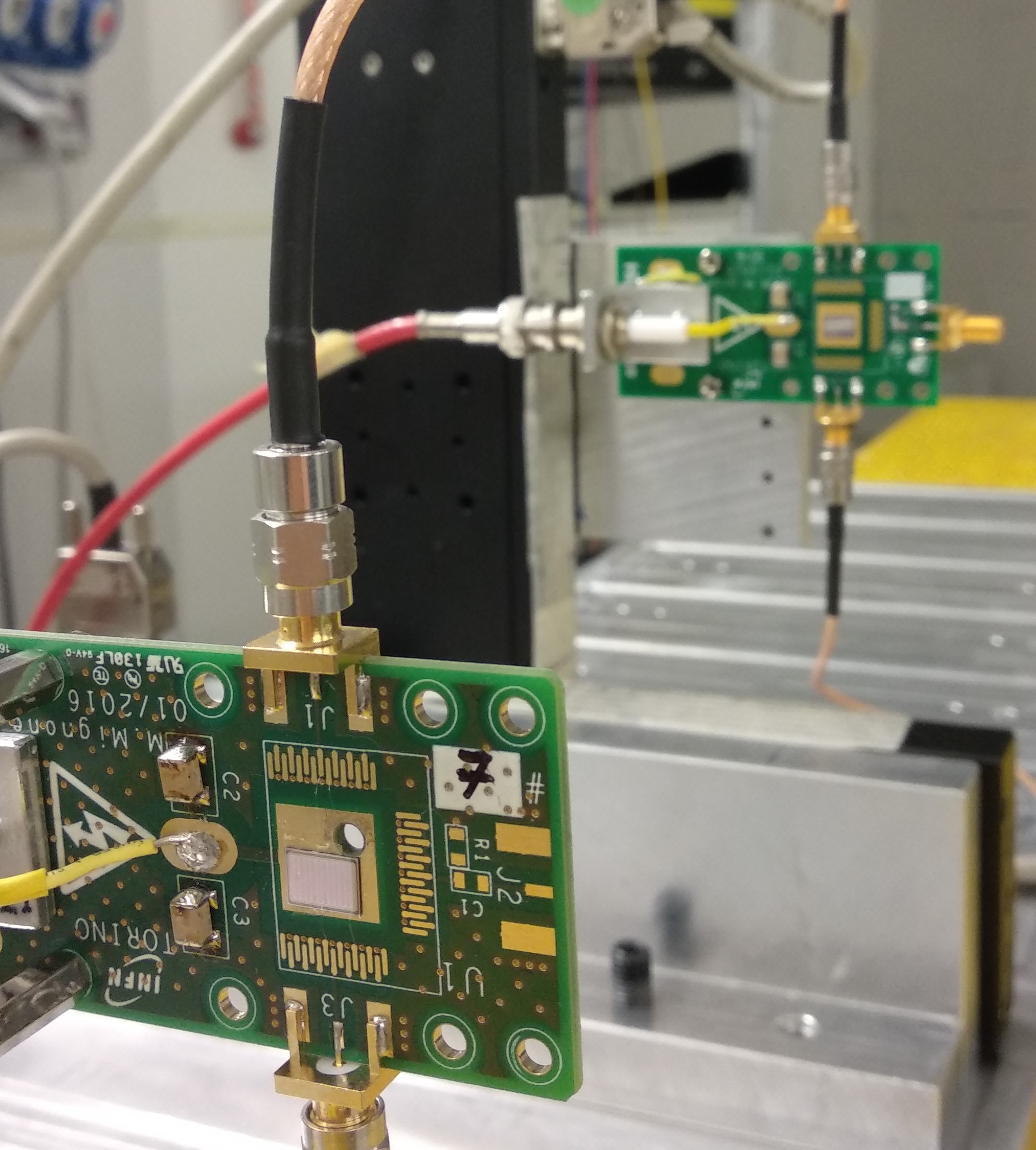